FlexSim error messages are relatively long because they include the full path to the node where the error happened. They typically look like this: 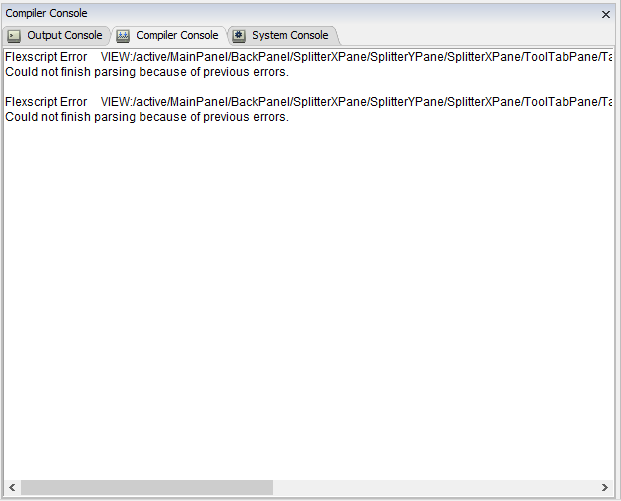 What's wrong? Scroll to the right to find out.

Roughly 112 characters fit the width of this pane and there is enough vertical space, but the most important information (what's wrong and where) is almost never visible. It takes almost two page-widths of horizontal scrolling to reach the informative part of the message.

The problems with this approach:

This is a mock-up of how formatted messages may look like to improve readability:

Maybe breaking nodepaths is not a good idea, because it interferes with copy-pasting. There are several solutions for this use case:

Still it's usually more important to see the end of the path rather than the beginning. If the paths are displayed on a single line, it may be convenient to show the name of the node _before_ the full path: something like:

This would also solve problems where people send screenshots of FlexSim showing errors, but details regarding the error are not visible.

Also, if FlexSim freezes, errors shown in the console may provide valuable information, but the program is frozen, not allowing you to scroll.

6 People are following this idea.