I'm trying to create a curved one-way AGV path in FlexScript, given:

I found that applyDragStart and applyDragEnd don't respect the angles so my best bet was to create a path with the given angles and radius, then find its starting point, and shift it to the position I want it.

In the screenshot below, the straight path has a 'direction' of -135 (where 0 is the model x-axis). The two selected arcs have a start angle of 45 (apparently for the AGV network, 0 is the y-axis) and sweep angles of 90 and -90 respectively. As you see, one of them (the positive sweep angle) is correct but the other one is rotated or mirrored relative to what I want. 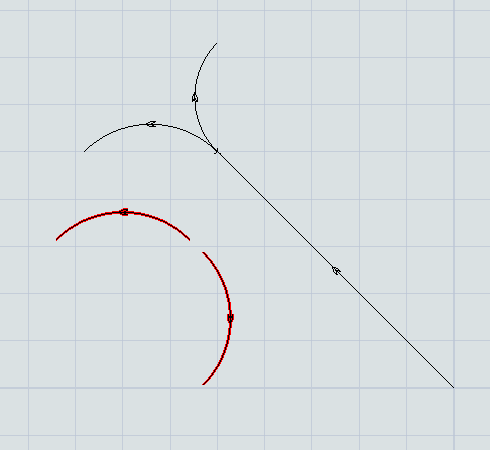 In addition, when trying to calculate the shift needed I tried to find the starting point using

but sometimes that gives me the starting point, and sometimes the end point (that is, I get one endpoint of the path but not necessarily the correct one according to the path direction).

Here is what I tried, but that only seems to work correctly in some arbitrary cases.

Please help me write this function or at least understand how the AGV paths work without having to reverse engineer it :-)

A curved path's definition is based on a position (of the center of its circle), a start angle, a sweep angle, and a radius.

If you define it in terms of a start position instead of a position that is based on the center of its circle, then what does "start angle" mean? What does "sweep angle" mean?

The following code creates and positions a curved agv path based on the inputs that it expects: 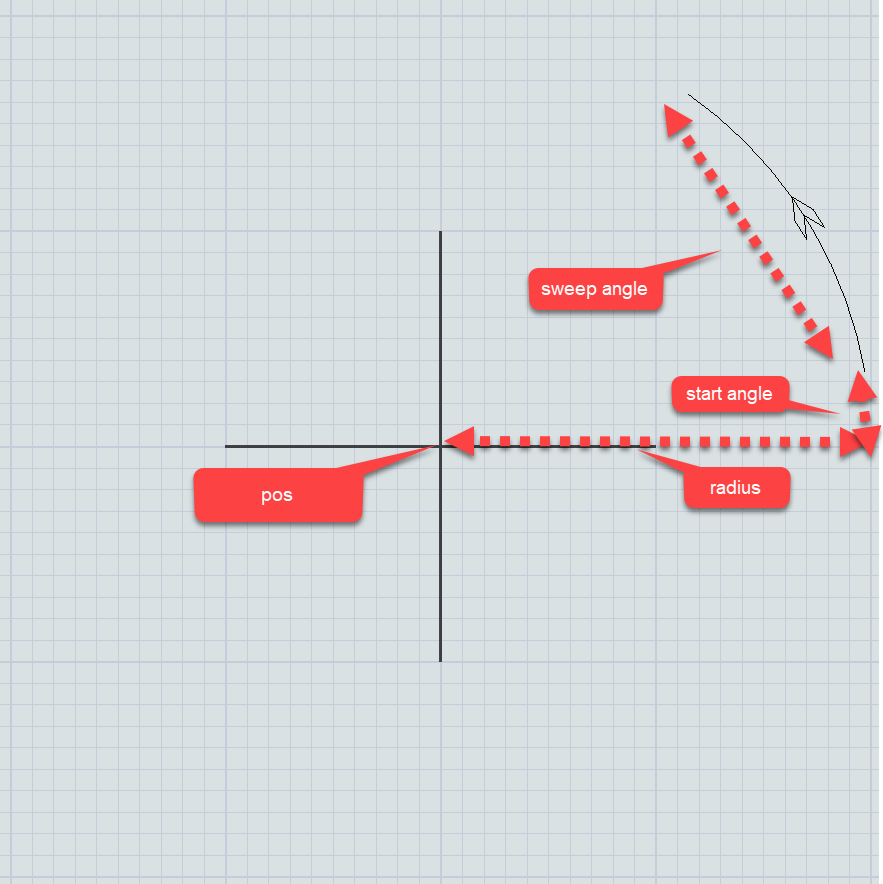 The following code shifts the curve so that its location is adjusted based on a specified starting point: 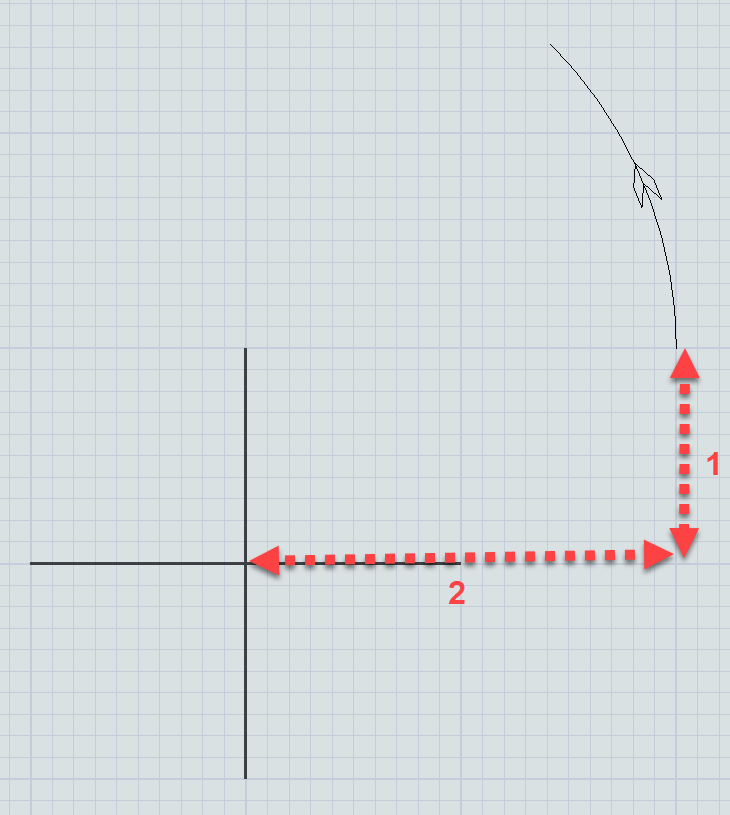 I don't understand your explanation of what you want from your image of selected paths. If one of them has a sweep angle of 90 and the other has a sweep angle of -90, then of course they are going to appear to be mirrored; their angles are sweeping in opposite directions.

If you are trying to define the curves in your picture that aren't selected, this is how they are defined by FlexSim: 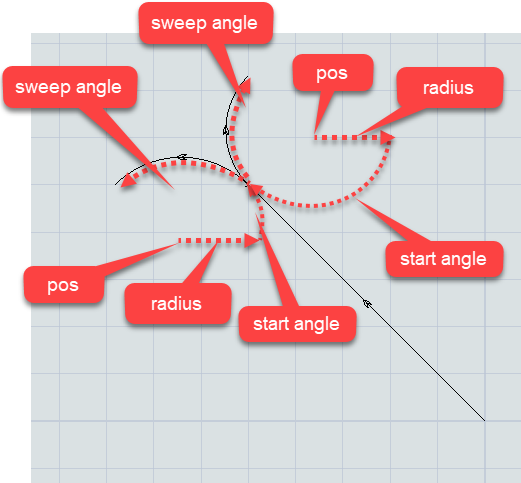 Thanks, your explanation really helped me understand how it works.

I did have to fiddle a bit with some minus signs, but my final solution is pretty close to yours (pathDirection is the direction we were travelling in on the straight path)

16 People are following this question.

Is it possible to use FlexScript in a FloWork module?

Is there a path from 2 Control Points with AGV orientation constraint?