Attached are three models that can be used to see the VR capabilities of FlexSim.

The zombie production game was also updated for VR.

These models were primarily designed and tested with the Oculus Rift, but they work with the HTC Vive as well. The HTC Vive requires a more powerful graphics card than the Oculus Rift does to achieve similar performance. You need to maintain 90+ frames per second (File > Global Preferences > Graphics > Show FPS Counter) in order to avoid judder with the HTC Vive. The Oculus Rift will remain smooth at 45 FPS or higher due to asynchronous spacewarp in their driver.

In any model in 17.1, you can teleport around by pointing and pressing the Vive touch pads or Oculus Touch thumb sticks as buttons. The position where the thumb presses the button on the Vive or the direction that the thumb stick is rotated on the Oculus Touch will affect the direction you are looking when you teleport. This control scheme is similar to the Oculus Home controls. Moving via teleporting minimizes the motion sickness felt by users who are unaccustomed to VR.

In the touch demo model, you can push buttons to release conveyor merge lanes, move operator figurines to change the operator assignments, and control the crane. The code that handles the touch inputs is in the ModelOnPreDraw user command. See VR model custom code for a version of the model with more comments in the code.

The warehouse demo model was built in 2015 and doesn’t have any interactive elements that work with the Oculus Touch or HTC Vive controllers.

For optimal tracking, after you press the VR Mode button in FlexSim and put on the headset, make sure you recenter the headset in the VR settings while standing or sitting in the middle of your play area and looking straight forward. On the Vive, push the system button to open the Steam VR overlay, then press the Settings button near the bottom-right corner, then look straight forward and press the Reset Seated Position button. On the Oculus, press the Oculus home button and then press the Reset View in App button in the upper-right corner. 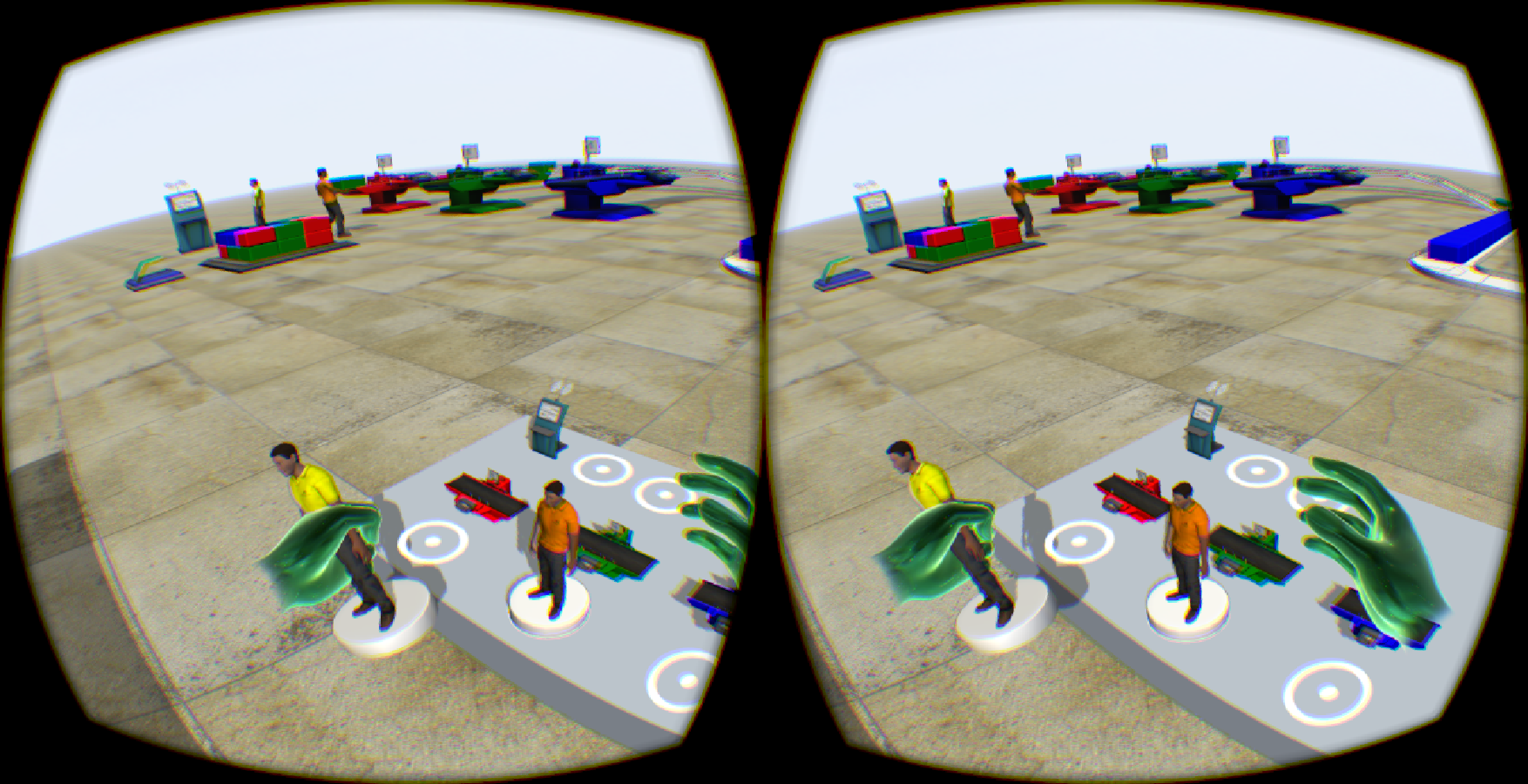 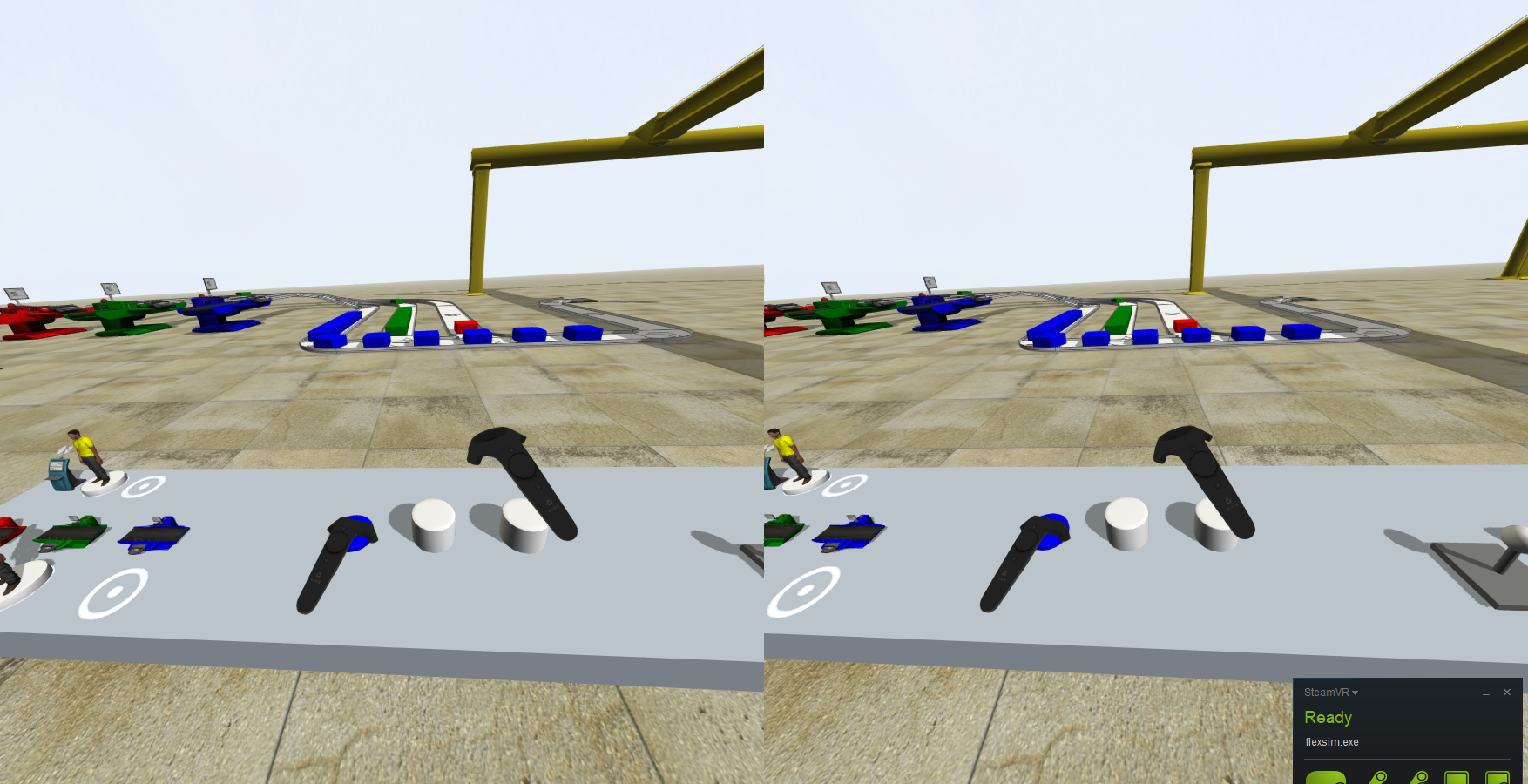 Are there any similar newer demos to try oculus glasses on FlexSim?

I will try these models when I can install an older version of FlexSim but I want to learn code in this enviroment and I think this models could be a bit obsolete.

These models all work fine on the latest version of FlexSim, even though they were built in older versions of FlexSim.

Thank You. Now I have some problem about VR with these model. I use FlexSim with Oculus Rift it can play game by use VR Touch and Headset normally. But VR Touch can't use in FlexSim Model.

8 People are following this article.