How to record and display overtime hours

The attached model provides an example of how to record and display overtime hours worked by staff in a small clinic. The following screen capture of the model after a 30 day run shows the various dashboards displaying information about the working hours of the staff in the model.

The code snippet shown for the Activity Finished Trigger of the final exit activity in the patient track is used to record information on a couple global variables and then trigger a recording event on the OT_DataCollector. The code snippet is documented in detail, so hopefully you will understand what is being done. As you can see by the Data Collector properties window, nothing special is going on there except to record the two global variables named GV_Overtime_Hours and GV_TotWork_Hours. The third and final piece to the puzzle is to create some User Defined dashboard widgets to display the information captured by the data collector in a few different ways. 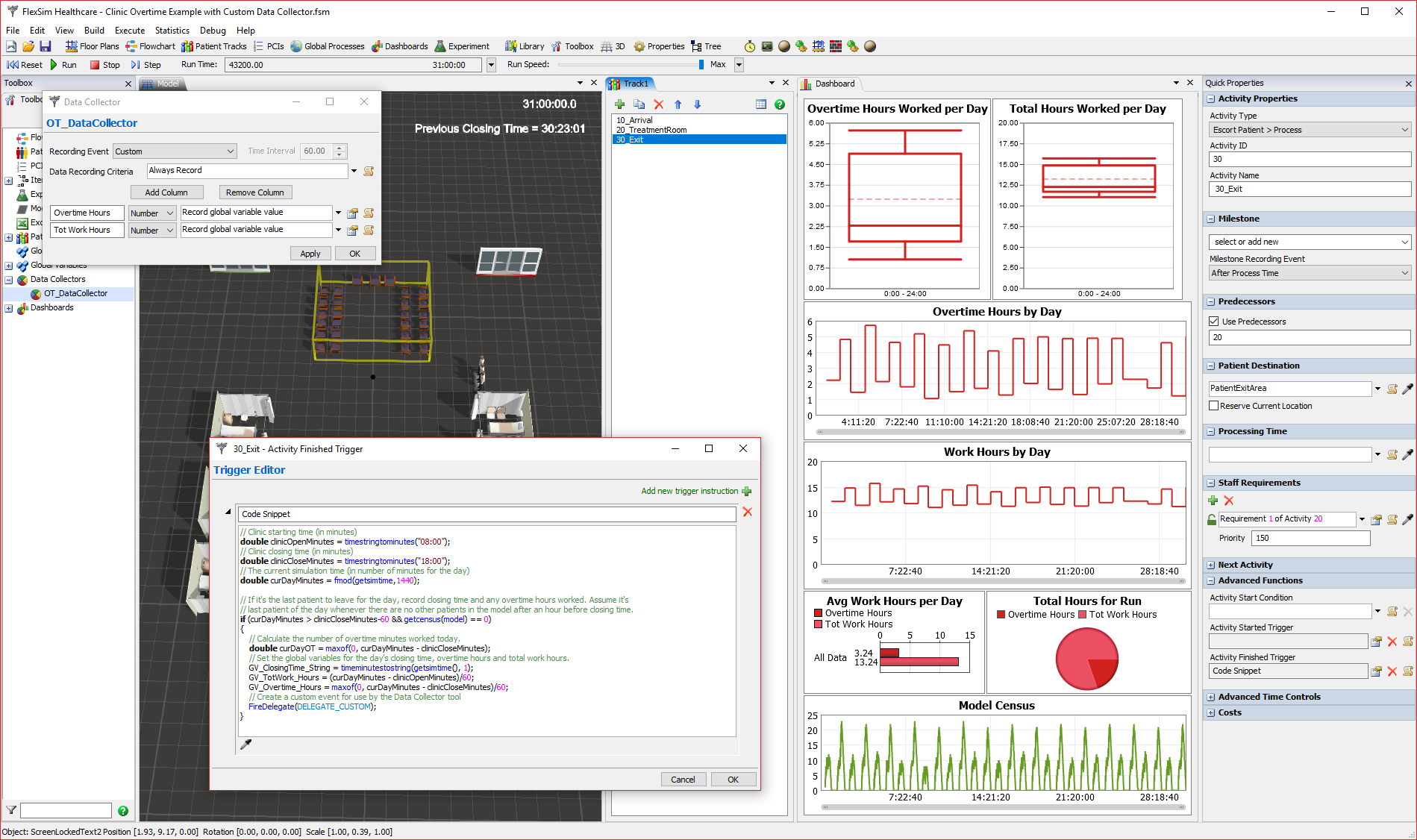 2 People are following this article.

How to record and display overtime hours