FlexSim lacks means to signal, intercept and recognize errors and exceptional conditions. It's a serious issue, because Flexscript API is not exception safe.

Situations which may trigger exceptions are too many to make an exhaustive list. These are just a few of the top of my head:

That's not counting occasional bugs in FlexSim or in custom C++ extension modules.

None of these report:

The major problem is:

In this example Source1 emits an item which is not properly configured (remains pink), and but the simulation happily goes on: 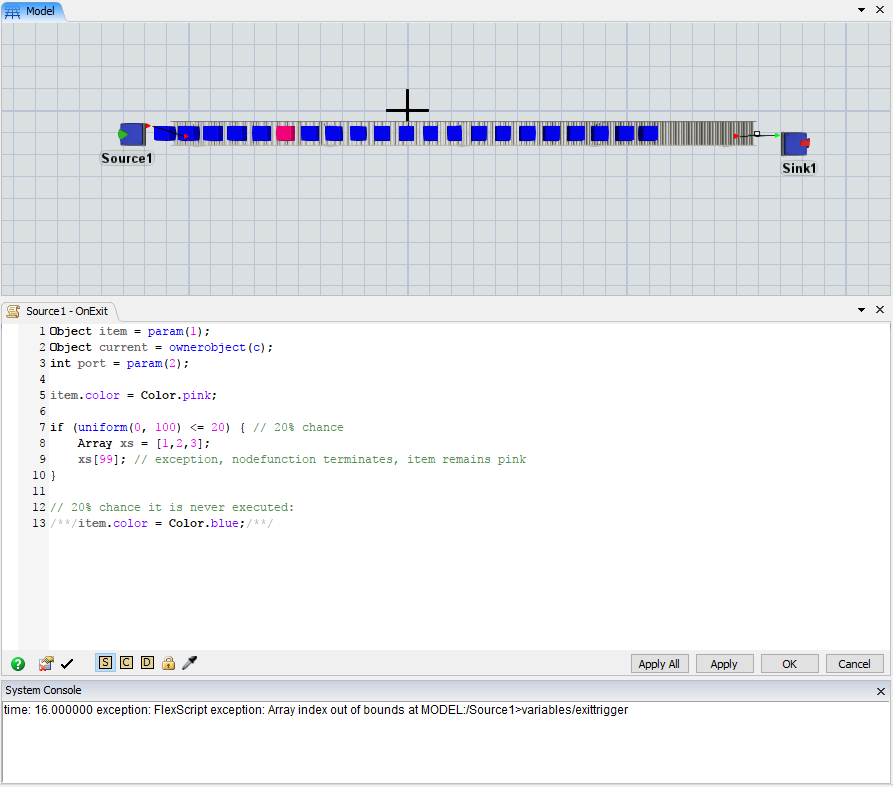 Redesigning the entire FlexScript API to be exception safe is not probably a realistic endeavor, so my proposal is to implement exception handling.

9 People are following this idea.

[feature request] Table.sort should use a stable sort algorithm

Document regexp groups and other regexp features in String::replace()

indicate line of code of exception in System Console