Lack of the local function abstraction is IMO the single most important factor which leads to unmaintainable FlexSim code. In the wild, I routinely see nodefunctions with over 1000 lines or code, 10+ levels of code nesting, and cyclomatic complexity through the roof (100+).

FlexSim already supports fsnodes and nodefunctions, which are text nodes with chunks of code with two different parameter-passing conventions, and usercommands, which are basically the same thing + metadata. Usercommands are the closest thing to "functions" in other languages.

The problems with relying only on usercommands are:

¹ Creating a "nodefunction" in MAIN:/project/exec/usercommandlist takes approximately 20 mouse clicks (!), a couple of keyboard shortcuts, not counting writing the function itself and all the boilerplate.

Eventually, users prefer copy-pasting their code rather than going through the hoops to define nodefunctions in FlexSim way. It should be possible to write something like this in any nodefunction:

Technically, it is already possible to craft "local functions". FlexSim supports at least three kinds of function-like objects: to be called by executefsnode()/applicationcommand(), nodefunction()/applicationcommand(), and as user commands respectively. All these objects can be constructed and destroyed at runtime. See lambda() hack below.

This solution is far from elegant (lots of boilerplate, no syntax highlighting support, necessity to manually escape strings, no autocomplete), but it works. FlexScript is only one step away from having a normal way to define functions.

The proposal is to allow this syntax (or similar):

Please find attached a user command lambda(fn) and its companion purgelambda([int]), where fn can be either an existing nodefunction, or a string with the function code. Positional arguments can be referred to as %1, %2, ...:

You may also get code snippets from

lambda() is a hack, but it's a necessary evil because Flexscript functions ("commands") are not first class and cannot be passed as values. While code chunks ("nodefunctions") are first class, they cannot be invoked the same way as commands.

I think this is an awesome idea and I would love to see it happen.

You didn't mention using the function_s() command which is the current best practice. You specify an object, the name of a flexscript node inside the object's eventfunctions node, and a list of Variant parameters. This is how a lot of the objects in the tree are set up, for example: 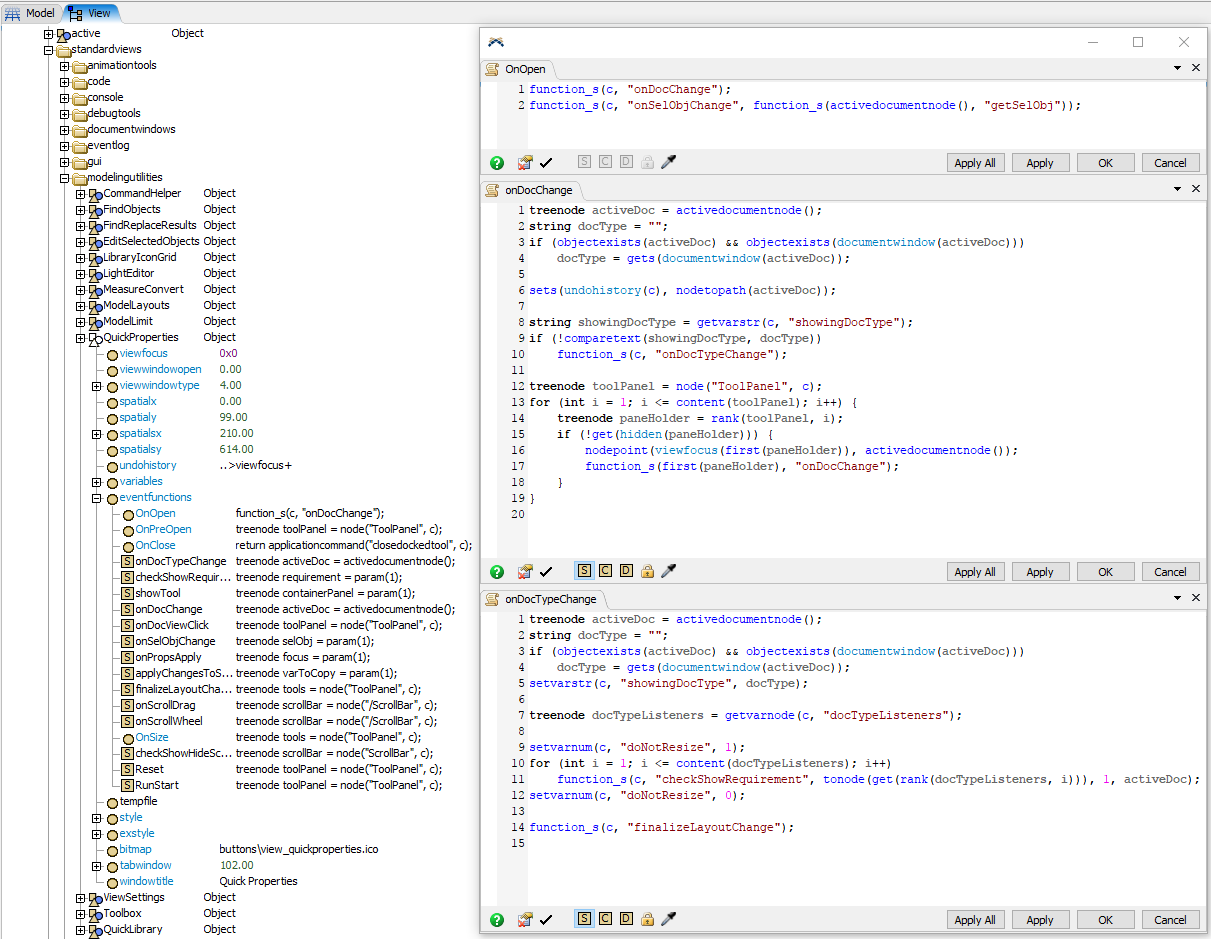 11 People are following this idea.

[feature request] Table.sort should use a stable sort algorithm