Utilization for Nurse does not show up in Dashboard with Experimenter

model.fsm I am having trouble with my dashboard for my model. I am currently using Flexsim HC. I have 2 sets of nurses that I want to track their utilization. Let's say Nurse Set A and Nurse Set B. When I run the model, I can get the utilization of them in the dashboard for Nurse A and Nurse B. When I want to do multiple runs using the experimenter, I get an average utilization for Nurse and but not for Nurse B. Now I could technically run the model multiple times with Repeat Random Streams unchecked and manual average it. But with the amount of variations I am testing it is not feasible.

Now I am not sure what the reason is. Am I doing or interpreting something wrong in the dashboard? The experimenter? Any help would be appreciated.

I checked your Expirementer window, and it appeared as follows as if there were NO defined experiment variables.

However, I could tell that something was deactivating all your staff in the RNs_PrePreOp group, so I started digging further. I looked in the Model Tree view, inside the Tools folder where the behind the scenes tree information is for the Experimenter, and discovered there WAS an experiment variable that was setting the staff count to 0 for the RNs_PrePreOp group! 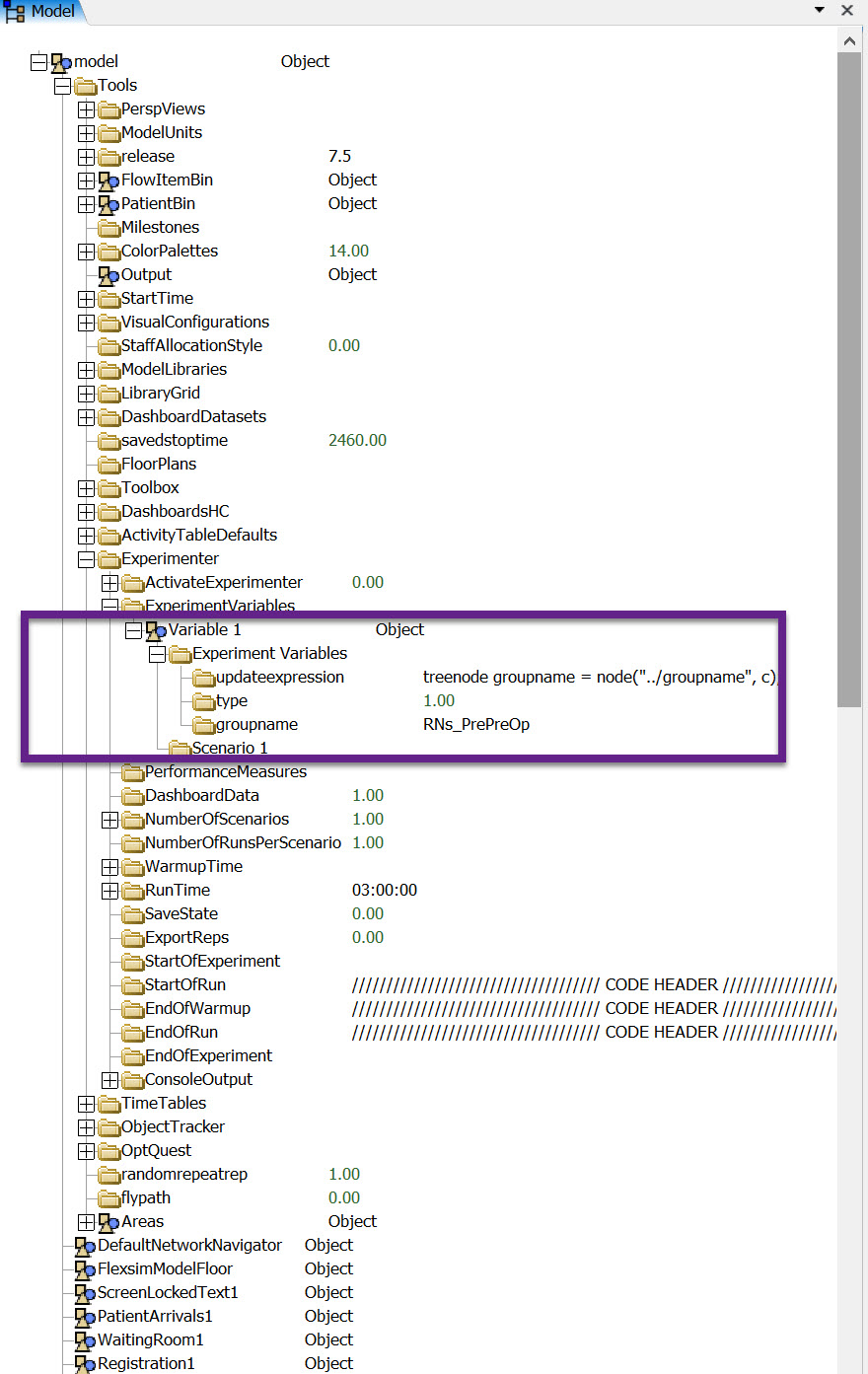 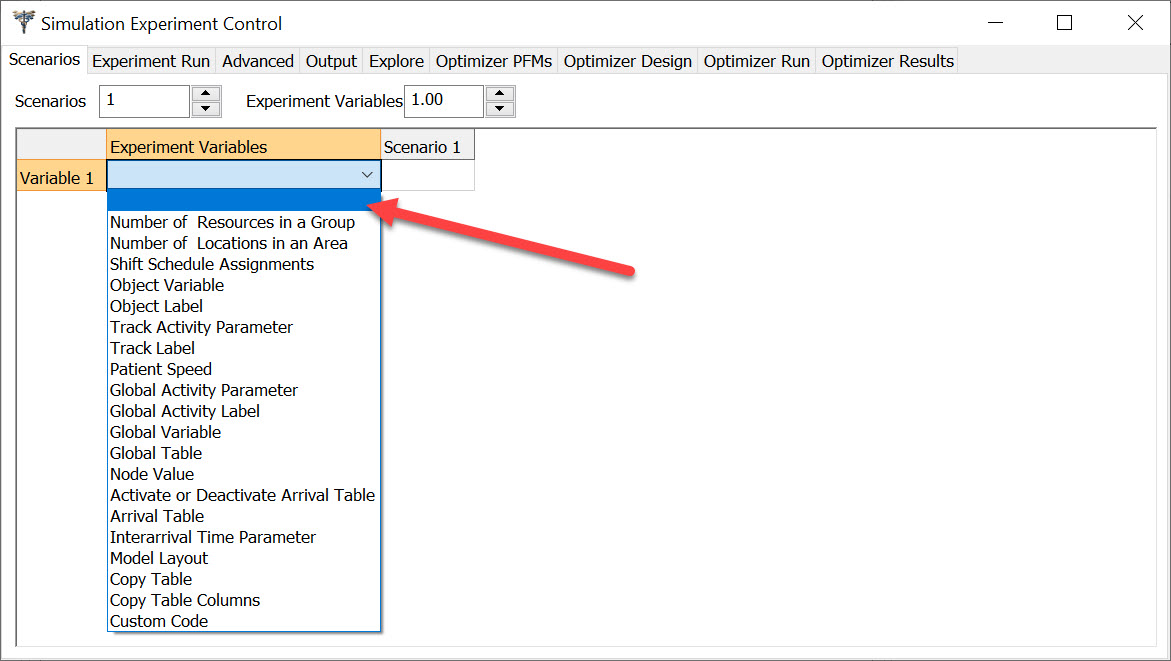 Thank you for finding this. I would not have thought that something was turning it to zero. I think in an earlier iteration for the model I did try to play with the variables before realizing that it was better for my purposes to make the changes myself within the model. I mean it looked blank so it would be nigh impossible for me to think that as related.

True! Sorry that happened to you. Glad I could help!

17 People are following this question.

Can we export all dashboards from multiple replications to excel?

How to change beginning inventory for every scenario

Is it possible to get averaged out dashboards at the end of an experiment?